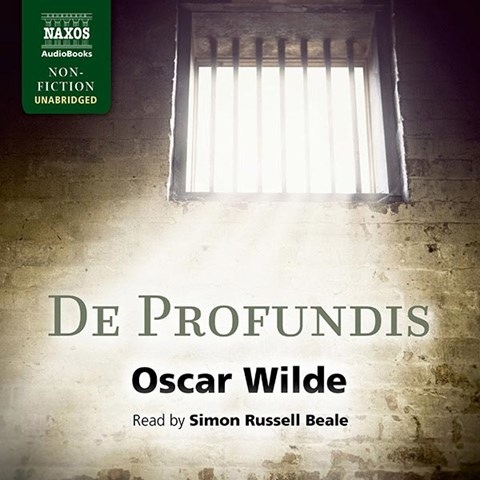 DE PROFUNDIS (From the Depths) is perhaps the least read of Wilde's major works, and the most heartbreakingly sincere. Merlin Holland, Wilde's grandson, delivers his own moving introduction, and Simon Beale narrates the book-length letter as though he were talking about his own life. The tone is sometimes bitter but always striving toward love as Wilde tries to explain his situation: He wrote the work from Reading Gaol to Lord Alfred Douglas, the lover who bore so much responsibility for the writer's imprisonment for homosexuality. Beale manages the difficult emotional transitions as Wilde moves from castigating Douglas to discussing suffering as the path to Christian love to expressing his hope of meeting Douglas again after his release. Beale never lets the leaps seem strained or unnatural. This is a reading that the work deserves. D.M.H. Winner of AudioFile Earphones Award © AudioFile 2016, Portland, Maine [Published: JANUARY 2016]