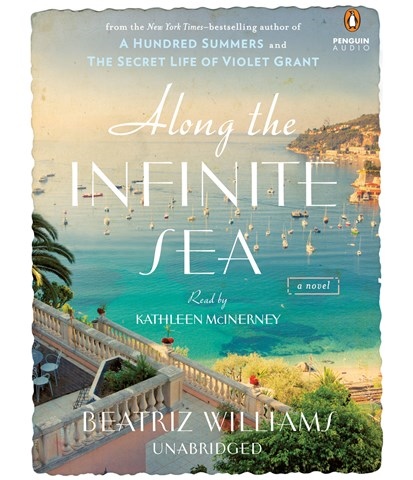 ALONG THE INFINITE SEA

Kathleen McInerney portrays two determined women in this historical novel. Although they're strangers of different generations, elegant widow Annabelle feels drawn to young Pepper when they meet in 1966. McInerney portrays Annabelle with sophisticated mystery as she connects with Pepper for the purpose of buying Pepper's 1936 Mercedes roadster, for which Annabelle pays more than market value. McInerney provides glimpses of the self-doubt behind Pepper's bravado as the unmarried young woman on the run plans for the birth of her baby. When the novel flashes back to 1930s Germany and Annabelle's intense relationships with her Nazi husband and her Jewish lover, McInerney's portrayal of young Annabelle displays her intelligence and heartbreaking confusion. McInerney is gentle with the German accents, allowing the listener to discern the differences between the two men. N.M.C. © AudioFile 2015, Portland, Maine [Published: NOVEMBER 2015]