Home»Reviews»CONFESSIONS OF AN IMAGINARY FRIEND 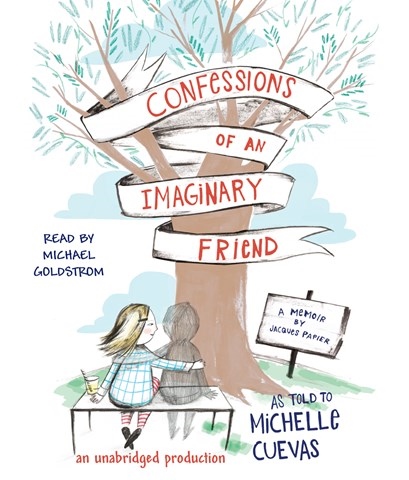 CONFESSIONS OF AN IMAGINARY FRIEND A Memoir by Jacques Papier

Narrator Michael Goldstrom captures the magic of imagination with his enchanting portrayal of the charming, French-accented Jacques Papier. In this bewitching story, Jacques is the twin brother of Fleur, whom he adores. When he finds out she has an imaginary friend, he decides to get one of his own. When their father declares that an imaginary friend with an imaginary friend is going just too far, Jacques is propelled on a whirlwind journey of self-discovery. Lively characters are illuminated by Goldstrom's deft delivery of irony and a medley of enthusiastic accents. Goldstrom's captivating portrayal of Jacques brings out the paradoxical mélange of grown-up and childlike qualities in this confused, sweet soul. Goldstrom's narration is a wonderful complement to this beautiful story—a heartfelt listening experience. M.F. Winner of AudioFile Earphones Award © AudioFile 2015, Portland, Maine [Published: OCTOBER 2015]