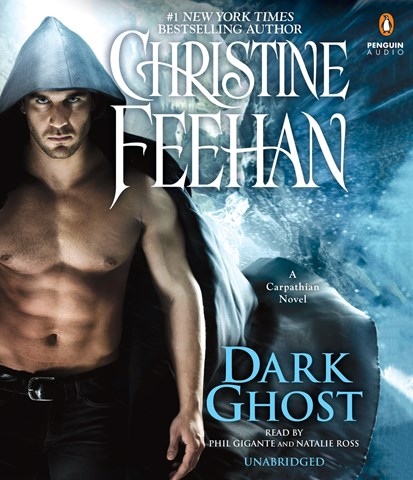 Whether you routinely devour Christine Feehan’s Carpathian hunters of the undead romances or not, the combined narrative prowess of Phil Gigante and Natalie Ross is epic. Mortal Teagan Joanes discovers her immortal “life mate,” Andre Boroi, in Europe’s Carpathian Mountains. As they represent characters with vastly different worldviews, Gigante's and Ross’s voices meld together surprisingly well. In a sexy fruity voice, Gigante maintains the indicated Carpathian-English accent and embraces Teagan in the verbal caresses of an immortal who has waited centuries to be loved. Ross delivers her part of the story with light humor and touches of playfulness in a tone that continually asks: Is this hot guy a hallucination? Her fluid phrases—sometimes timid, sometimes wondrous, always pleasing—are a charming complement to Andre’s delicious austerity. C.A. Winner of AudioFile Earphones Award © AudioFile 2015, Portland, Maine [Published: NOVEMBER 2015]