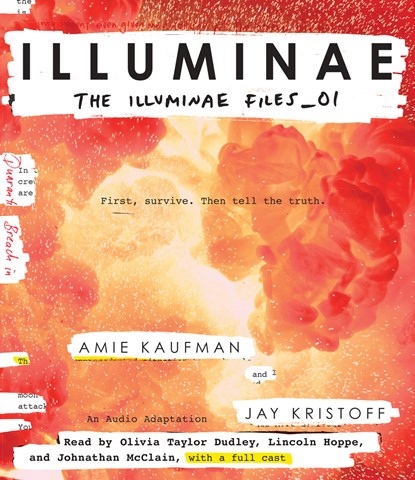 A full cast, sound effects, strong pacing, and thorough characterizations expand as well as anchor this sci-fi adventure. When their planet is attacked, a military ship and a research vessel flee, carrying scientists, military personnel, and civilians, including Kady and Ezra, a recently broken-up couple whose skills become crucial to the survival of the fleet. The voyage is threatened by a pursuing warship, a dangerous virus, and AIDEN, the military ship’s increasingly unstable AI. Told through documents, recorded communications, transcribed footage, and the narrative from AIDEN, this story is a behemoth of a space opera. The cast handles a bevy of moving parts with grace and masterful concentration, combining humor and terror with hope and determination. K.S.B. 2016 Audies Winner © AudioFile 2016, Portland, Maine [Published: JANUARY 2016]