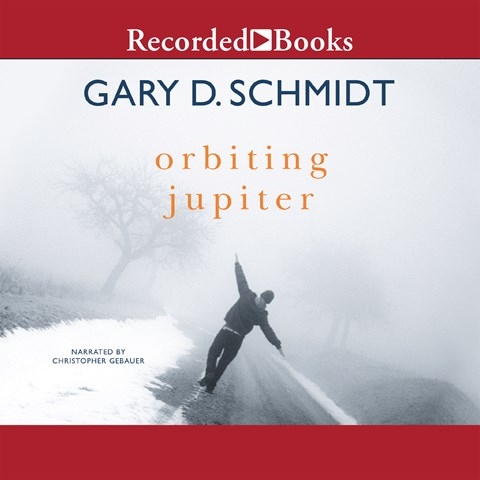 Schmidt’s sparse writing sings with rhythms and repetitions that soften this story’s difficult subject matter. Narrator Christopher Gebauer maximizes the author’s lyrical style as his pacing and pauses enhance the story’s poignancy. In the voice of Gebauer, 12-year-old Jack’s first-person narrative is filled with wonder as his innocence is sometimes sparked and sometimes strained by the arrival of his 14-year-old foster brother, Joseph. Gebauer emphasizes Joseph’s clipped speech, depicting the defensiveness that shields his vulnerability. The portrayals of Jack’s parents dramatize their belief in Joseph, who has been abused by his father, suffered the death of the one girl who loved him, and faced the cruelties of a social system that has failed him dismally. This audiobook is short in length, long on heartbreak. S.W. Winner of AudioFile Earphones Award © AudioFile 2015, Portland, Maine [Published: OCTOBER 2015]