Home»Reviews»IVAN: THE REMARKABLE TRUE STORY OF THE SHOPPING MALL GORILLA 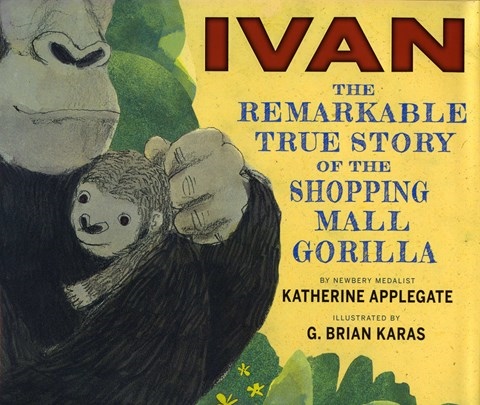 IVAN: THE REMARKABLE TRUE STORY OF THE SHOPPING MALL GORILLA

Xe Sands's voice is gentle as she straightforwardly recounts the true story of Ivan, a lowland gorilla who was taken from the Democratic Republic of Congo and put on display in a circus store in Tacoma, Washington, for 27 years. Then he was moved to Zoo Atlanta, a zoological park, for his final 17 years. Never maudlin, Sands sets a brisk pace as she describes Ivan's young life in a human home, the growing concern for the humane treatment of animals, and the uncertainty that Ivan would take to life in a natural habitat. The production concludes with a biography of Ivan's life and an afterword by Ivan's Zoo Atlanta caretaker, who says she always smiles when she thinks of him. Light music and unobtrusive sound effects provide background. Young listeners will be inspired to learn more about animal care and rights. A.R. © AudioFile 2015, Portland, Maine [Published: DECEMBER 2015]