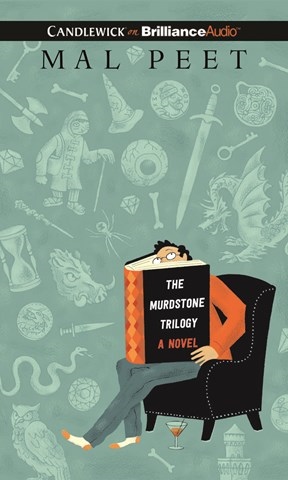 Philip Murdstone, declining author, lives in Flemworthy, where he writes award-winning nonfiction that nobody reads. He has a crush on his sexy agent who wants to dump him but who sees one last chance for fame and fortune if she can get him to ride the current tide of the fantasy genre. James Langton gives voice to a hysterical set of characters from the series that Murdstone creates. Pocket Welfare, an elf-like being, actually dictates the novels ("flaming ledgers" in his world) to Philip while demeaning him for being a cowardly, ignorant fool at every turn. There are monsters, evil wizards, noble princes, and living swords--all artfully energized by Langton's vocal range and talent. His characters are memorable--from the lugubrious Murdstone to the sometimes drippingly sarcastic Pocket Welfare. Monty Python would be proud. M.C. © AudioFile 2015, Portland, Maine [Published: NOVEMBER 2015]