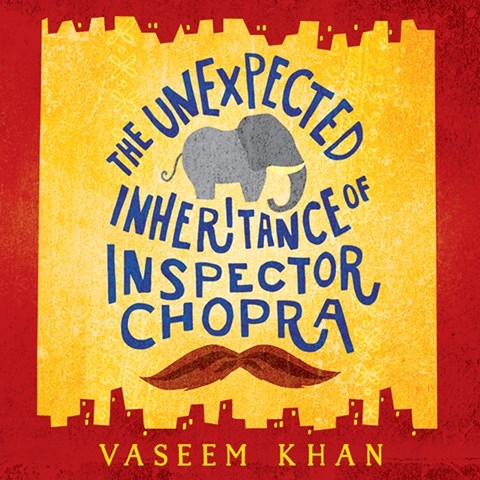 This Indian version of a cozy mystery is set in hectic Mumbai and features retired Inspector Chopra as the lovable main character and detective. Narrator Sartaj Garewal's characterization makes the most of the humor in this story of Mumbai's underbelly. When Chopra inherits a baby elephant and an unsolved mystery in the same day, the contrast gives the listener alternating moments of humor and drama. Garewal is a versatile narrator. He distinguishes between the wide cast of characters with a range of vocals including high pitches for annoying relatives, like Chopra's mother-in-law, and a singsong cadence for bumbling police officers. For this tale of mayhem, mystery, and corruption, Garewal weaves a spell that entrances the listener. M.R. Winner of AudioFIle Earphones Award © AudioFile 2015, Portland, Maine [Published: DECEMBER 2015]