Home»Reviews»THE PERPLEXING THEFT OF THE JEWEL IN THE CROWN 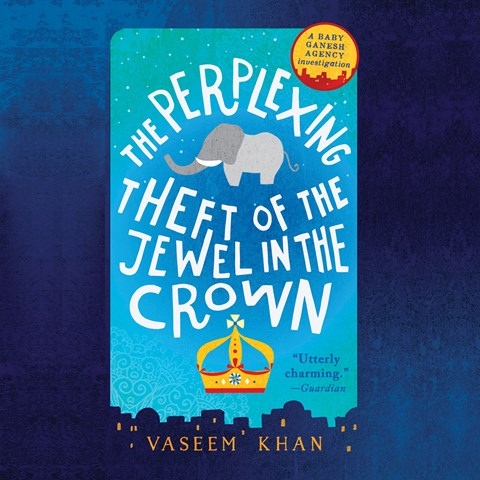 THE PERPLEXING THEFT OF THE JEWEL IN THE CROWN Baby Ganesh Detective Agency, Book 2

The appealing lilt of narrator Sartaj Garewal's Indian English is not only pleasing to the ear, but it also instantly transports the listener to Mumbai, where the magic and intrigue of the Inspector Chopra mysteries take place. This second book in the popular series brings the British Crown Jewels to India, where the Queen's crown is promptly stolen. Chopra, the likable retired policeman, and Ganesh, his baby elephant, are again pressed into service. Garewal's accent and ability to modulate intensity and tone convincingly portray the long-suffering Chopra. Furthermore, his skillful use of pacing, subtle inflections, and occasional sound effects adds authenticity. Together, Garewal and Khan deliver a highly entertaining audiobook that projects the mystical aura of India. M.O.B. © AudioFile 2016, Portland, Maine [Published: OCTOBER 2016]