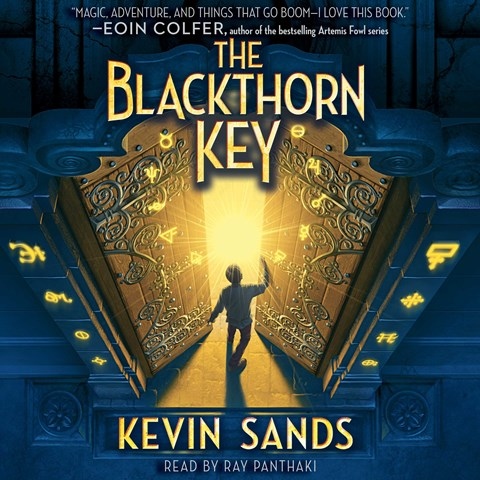 Whether they’re in mortal terror or mere horseplay, narrator Ray Panthaki makes the dialogue between the two heroes of this audiobook sound honest and warm. Christopher is apprenticed to kindly apothecary Benedict Blackthorn. Despite Christopher’s lowly upbringing, he receives training in Latin, astronomy, ciphers, potions, and other skills he needs when a murderous cult targets London’s apothecaries. Christopher’s best friend is Tom. Like Harry Potter and Ron, they’re a memorable pair. Panthaki clearly defines the varying social standing of the many characters through his diction. The only drag on the pace of the adventure is the occasional recitation of lengthy ciphers. Readers may try decoding them, but for listeners they're a distraction. L.T. Winner of AudioFile Earphones Award © AudioFile 2015, Portland, Maine [Published: OCTOBER 2015]