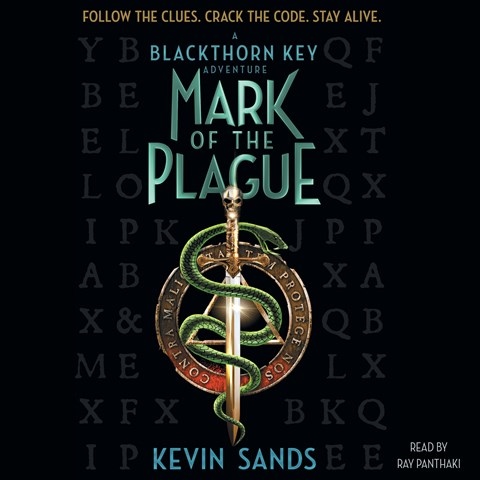 Ray Panthaki returns to narrate the second in Sands's series. He reads with precision, highlighting the author's obvious research and careful detailing. Together, the story and its narration immerse listeners in the horrors of the 1665 London plague. Panthaki's portrayal of the story's hero, Christopher, is questioning and thoughtful. Christopher is pensive by nature, but in this sequel the apothecary's apprentice is coming to grips with his mentor's death, the struggle to survive, and untangling a cipher that will lead to his mentor's legacy. Panthaki draws Christopher's two loyal friends as convincingly as the story's villains. Tension and confusion mount as two strangers enter the town. Are they healers, prophets, or manipulators? Panthaki's narration matches the action and adventure in this fast-moving mystery. S.W. © AudioFile 2016, Portland, Maine [Published: OCTOBER 2016]