Home»Reviews»ONCE IN A GREAT CITY 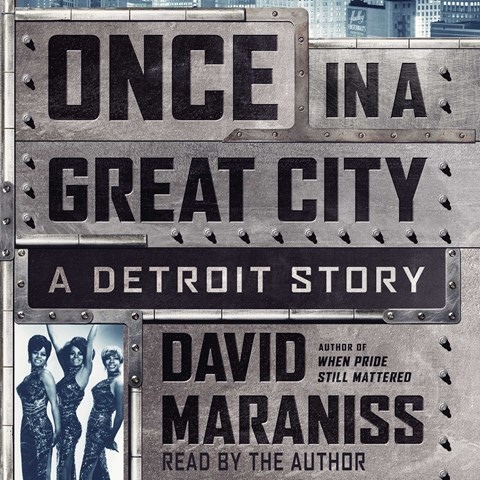 ONCE IN A GREAT CITY A Detroit Story

David Maraniss, a Detroit native, calls this audiobook an "urban biography" of his hometown. He thoroughly examines a key period: 1962-64. As narrator, his voice is steady, helping to build the big picture as he reveals that period in Detroit's life as a microcosm of the city's history--and the nation's. The stories of Motown legends like Aretha Franklin and Berry Gordy are interwoven with Ford ad campaigns, a historic Martin Luther King, Jr., speech, and an Olympics bid, which failed. Some stories--such as the one about John F. Kennedy's visit with a Hungarian refugee and another about the aftermath of a police shooting--reflect on today's headlines across the nation. Maraniss's book provides historical background and context for the current story of Detroit's rebirth. J.A.S. © AudioFile 2016, Portland, Maine [Published: FEBRUARY 2016]