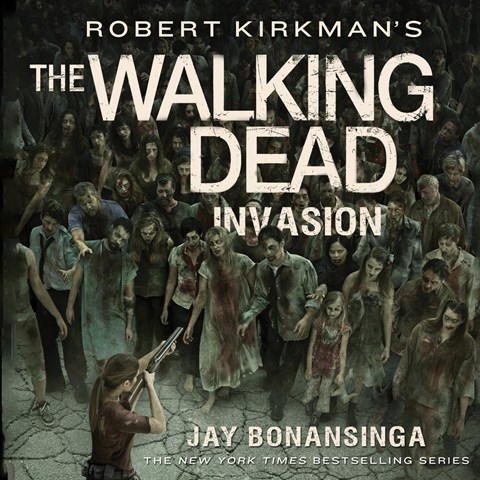 Oh, wow. This audiobook has come out just as "Walking Dead" fans must get through some long, cold nights until the show returns in February. Narrator Fred Berman paints a gory picture of life for the people of Woodbury who haven’t yet been eaten by zombies. The survivors, mostly the elderly and children, help heroine Lilly Caul battle the evil Reverend Jeremiah Garlitz and his army of the dead. There are some powerful twists, including one at the end that will have fans shouting in glee. This audio production doesn’t encroach on either the television show or the comic series. Instead, it creates its own mythology using people on the fringes. M.S. Winner of AudioFile Earphones Award © AudioFile 2016, Portland, Maine [Published: JANUARY 2016]