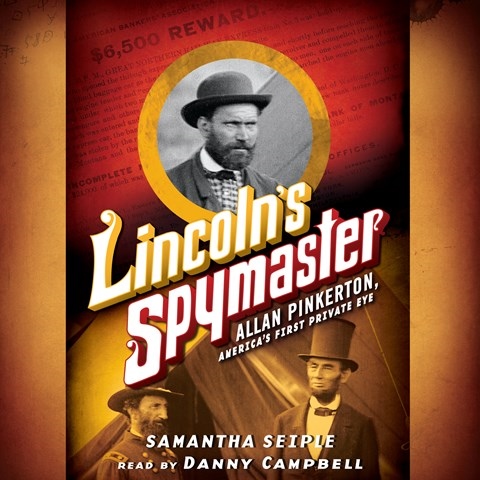 It's impossible to underestimate Allan Pinkerton's influence on the field of clandestine operations, and Danny Campbell is a perfect fit as narrator of his story. Pinkerton was the first "private eye," creator of the Secret Service, and the inspiration for the FBI. Scottish-born, he gained fame ferreting out Confederate spies and gathering intelligence for President Lincoln, once even thwarting an assassination attempt. Campbell's narration has an aged, gruff quality that evokes the era--he sounds similar to narrators in the PBS Civil War series. His pacing is slow because of the story's factual nature. Though Pinkerton's story is replete with adventure, the limited dialogue available forces the author to rely heavily on bare facts, which can be a tad tedious. Nevertheless, Pinkerton's is a compelling story, well written and well narrated. L.T. © AudioFile 2015, Portland, Maine [Published: OCTOBER 2015]