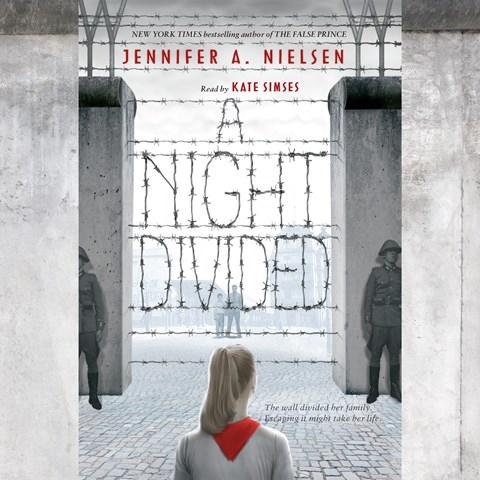 by Jennifer A. Nielsen | Read by Kate Simses

Kate Simses serves up a vivid, utterly believable portrayal of a family separated by the newly erected Berlin Wall. Young Gerta, her mother, and her older brother, Fritz, are trapped by the constant scrutiny of the East German border police, while her father and younger brother are unable to return from the West. Listeners will feel the complete despair in Gerta’s voice as life in East Berlin becomes bleak and uncertain. Simses allows hope to flicker in the two children as they dig a tunnel toward freedom, and their father and brother. Simses paces the ebb and flow of tension so well that listeners will lose all track of time. The palpable fear of capture and the excited hope of reunion raise this performance above the norm. M.F.T. © AudioFile 2015, Portland, Maine [Published: DECEMBER 2015]