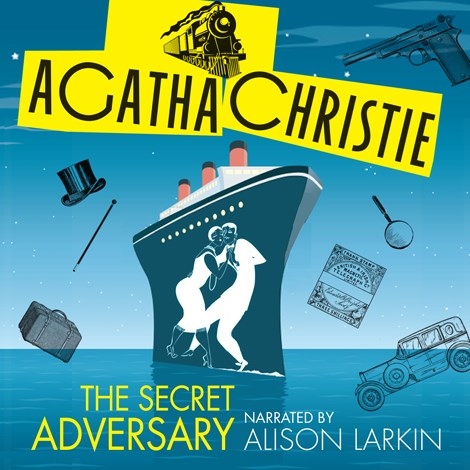 In this audio version of Agatha Christie's second novel, listeners are transported to London directly after the Great War. Tommy Beresford and Prudence “Tuppence” Cowley have set themselves up as the Young Adventurers Ltd. Alison Larkin's crisp, clear narration, with her precise English accent, sets the scene and helps to conjure up the feeling of a bygone era when the class system was at the core of British society. Larkin's portrayals help bring the characters alive. She voices Tuppence with girlish tones, highlighting her impulsive and flighty nature, while Tommy's subdued tones emphasize his steadier character. Larkin’s range of accents—Cockney, upper-class English, and American—demonstrates convincing authenticity. The result is an easy listen of a classic tale of detection. K.J.P. © AudioFile 2016, Portland, Maine [Published: FEBRUARY 2016]