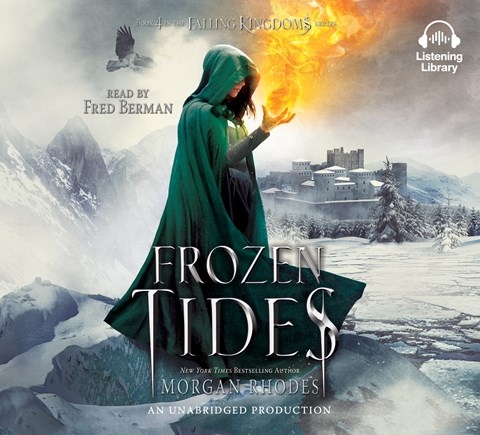 Rhodes's latest novel is an adrenaline rush deeply rooted in bloodshed, steeped in magic, and rife with complex politics. Narrator Fred Berman tackles a massive cast, multiple kingdoms, high intrigue, and ever growing stakes in this thrilling fantasy. It all makes for a multifaceted listen, and the use of shifting points of view helps to delineate the overlapping storylines. Berman's deft characterizations keep listeners attuned to the world of each individual. His pacing moves the story along swiftly, and he keeps characters vivid through accents and attention to their complex, often conflicting emotions. The story is compelling as a stand-alone, but listeners may find themselves wanting to hear more about the Fallen Kingdoms as described in the earlier works. K.S.B. © AudioFile 2015, Portland, Maine [Published: DECEMBER 2015]