Home»Reviews»EVEN DOGS IN THE WILD 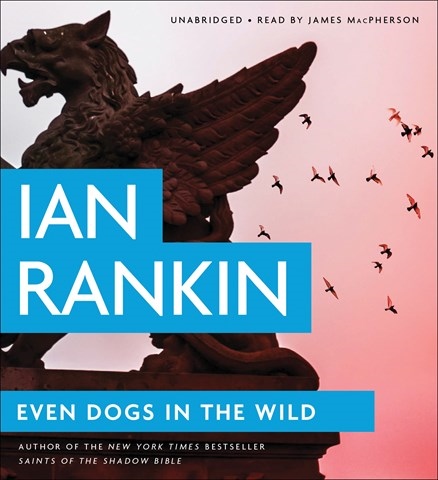 EVEN DOGS IN THE WILD Inspector Rebus, Book 20

Retired Edinburgh Inspector John Rebus is back in the detecting game, and, thanks to narrator James Macpherson, he sounds as brilliant and curmudgeonly as ever. This time he helps a former subordinate learn who is shooting famous politicians and equally famous crooks. Macpherson has performed many of the Rebus pantheon and knows his actors—growly Rebus, crisp Detective Inspector Siobhan Clarke, snooty political bosses, and a host of other Scottish high- and low-life characters. He has a way with pacing as well; conversations move with realistic rhythm, barroom sections have the temper of single-malt whiskey, and action sequences are rat-a-tat-tat. You may need to listen intently for the first half hour to understand the Scottish accents. Stick with it. You’ll be amply rewarded. A.C.S. © AudioFile 2016, Portland, Maine [Published: JANUARY 2016]