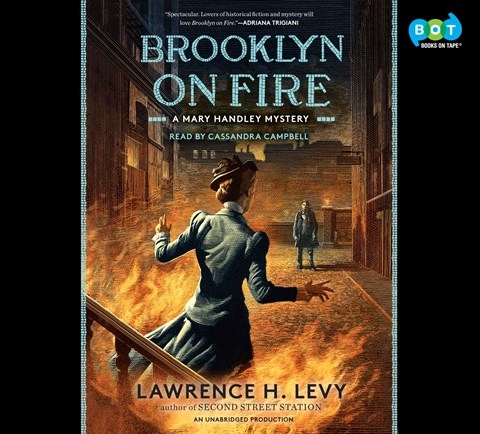 Narrator Cassandra Campbell imbues plucky Mary Handley, New York City's first female consulting detective, with a jaunty disposition and a curious mind. As Handley investigates the murder of John Worsham, one murder leads to two more that connect to the most elite members of society, Andrew Carnegie, John D. Rockefeller, and the Vanderbilt family, to name a few. Campbell's musical voice reflects 1890s Brooklyn, that noisy, busy city full of men and women with diverse accents and personalities. Handley hobnobs with the rich and not so rich, uncovering secrets no matter the risk to herself. Campbell's smooth narration increases in intensity and emotion as the investigation takes Handley from Gotham City to North Carolina and a few places in between. M.B.K. © AudioFile 2016, Portland, Maine [Published: MARCH 2016]