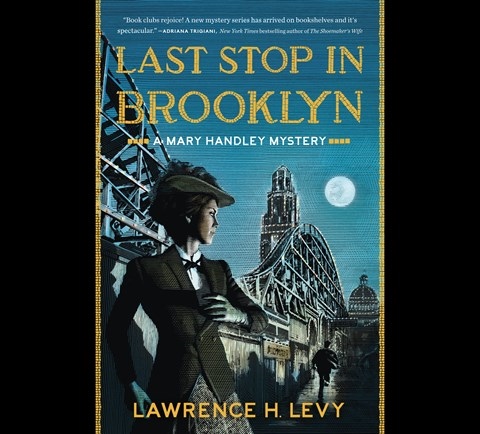 In 1894 New York, P.I. Mary Handley has been hired to investigate a Jack the Ripper copycat murder. Cassandra Campbell narrates in a calm, smooth voice as Mary follows clues, hoping to free the Arab immigrant who has been wrongly convicted for the crime. The story is thoroughly infused with historical facts, including the time period's alarming and sad prejudices against Jews, Italians, blacks, Arabs, and the Irish. Campbell effectively portrays the variety of characters with subtle accents, keeping the listener engaged without feeling overwhelmed. Her even pacing throughout the story has a soothing effect, even as the audiobook looks at the bigotry and corruption of the time. M.M.G. © AudioFile 2018, Portland, Maine [Published: MARCH 2018]