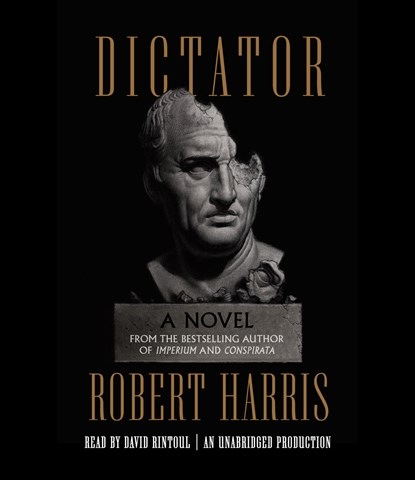 The intrigue of the politics of Ancient Rome has provided listeners with a brilliant trilogy of Harris's historical fiction, which features the orator Cicero through the narrative of his scribe, Tiro. David Rintoul fits easily into the role of the observant Tiro as he notes the lineage and backstory for ongoing sparring among the powerbrokers of Rome. Listeners need to pay attention, as the snarl of allegiances can be hard to follow, but Rintoul keeps listeners engaged. Even the change of narrator from Simon Jones, who narrated the previous IMPERIUM and CONSPIRATA--which can sometimes disrupt a series--works out, although it seems to take Rintoul some time to be fully believable as Tiro. Perhaps it's just that a listener needs to cross the gulf of time--but soon realizes that politics don't really change much! R.F.W. © AudioFile 2016, Portland, Maine [Published: FEBRUARY 2016]