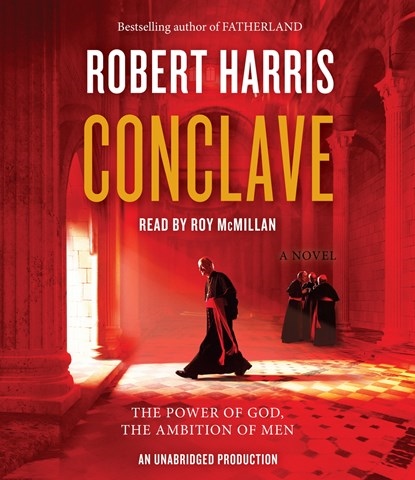 Intrigue reigns at the Vatican as the world's cardinals gather to elect a new pope. Narrator Roy McMillan takes full advantage of the opportunity to display his range. While not strictly miraculous, his transformation of Cardinal Lomeli, the protagonist, from dispirited to Spirit-filled is most certainly charismatic. As dean of the College of Cardinals, Lomeli must preside over the conclave, with all its politics. Through each crisis managed and decision made, McMillan turns Lomeli into a man with a calling. But what makes McMillan's performance exemplary is that while navigating Lomeli's transformation, he also undertakes those of a host of cardinals, including hard-liner Italian Tedesco, savvy Canadian Tremblay, dynamic Nigerian Adeyemi, and gentle Filipino Benítez. McMillan's performance is a triumph, as is the book itself. K.W. Winner of AudioFile Earphones Award © AudioFile 2017, Portland, Maine [Published: JANUARY 2017]