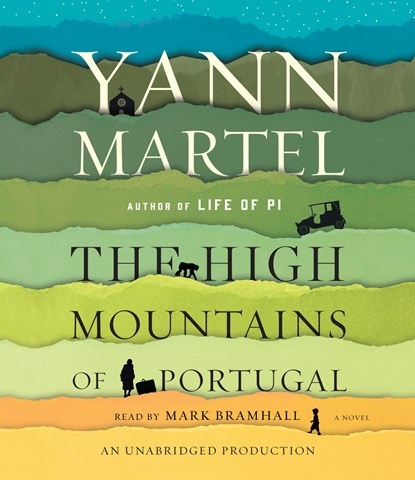 THE HIGH MOUNTAINS OF PORTUGAL

Narrator Mark Bramhall delivers a confident performance of Yann Martel's exploration of faith and personal tragedy. The lives of three men are mysteriously connected through loss and grief. In 1904, after the death of his entire family, Tomás, furious with God, sets out to find a "special kind of crucifix," located in the high mountains of Portugal. Bramhall is achingly convincing as the grief-stricken Tomás. In 1938, a pathologist finds a link to the crucifix inside a dead man who came from the same region, and in 1981, a Canadian widower makes a touching interspecies connection, changes his life, and moves to the high mountains of Portugal. Bramhall keeps the sometimes confusing tale just grounded enough to allow the spiritual elements to coalesce. S.J.H. © AudioFile 2016, Portland, Maine [Published: JANUARY 2016]