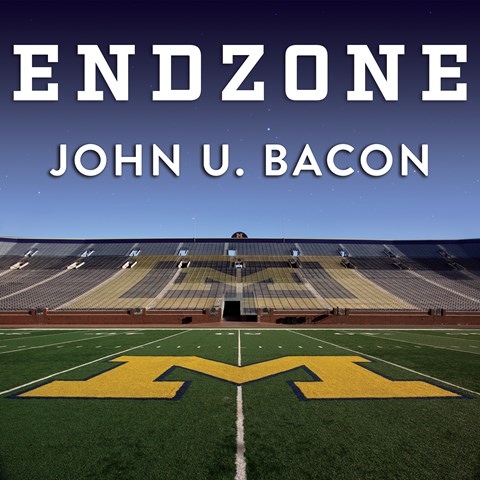 ENDZONE The Rise, Fall, and Return of Michigan Football

This is a wonderful pairing of a University of Michigan athletics scholar and an accomplished narrator. John Bacon's reporting details a myriad of ups and downs over several years at the famed Midwestern university; Johnny Heller delivers these events in a slightly scratchy tone. Heller doesn't imitate anyone, and it's just as well with this cast of characters--some notable, some not so well known--who go on the record about the accomplishments and issues surrounding the athletics program. Much of it focuses on one athletic director, whose business approach immediately changed the culture for the worse. This is a must-listen for any Michigan graduate, but it's also an interesting piece of reporting for those who follow college football, especially those who want to know how to avoid pitfalls in dealing with students, alumni, and the media. M.B. © AudioFile 2016, Portland, Maine [Published: MAY 2016]