Home»Reviews»GENTLEMAN JOLE AND THE RED QUEEN 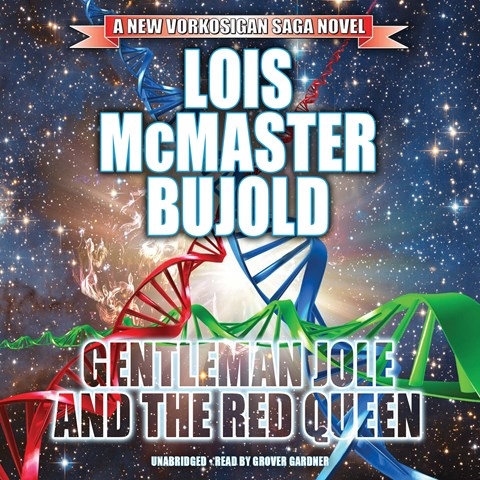 Narrator Grover Gardner's faintly ironic intonations, just short of outright humor, capture the tone of Bujold's writing style. One can almost see his lips twitching. Bujold's space opera series involves fully formed characters in highly political and dangerous situations. They're the type who often smile before a fight. Gardner accomplishes character differentiation without significantly altering his vocal patterns as two of the series' more prominent players engage in a series of trysts and fall in love. That's about it. But this is not a stand-alone adventure. Read the first 16 books first, and the character and planetary details will then become clear. D.R.W. © AudioFile 2016, Portland, Maine [Published: APRIL 2016]