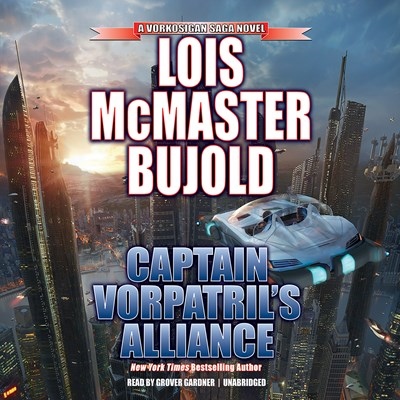 Grover Gardner gives a top-notch performance of another book in Bujold’s long-running Miles Vorkosigan saga, this time starring Miles’s cousin, Ivan. The complicated plot involves a forced marriage, a girl on the run, politics, romance, intrigue, action, and humor, all of which Ivan gets involved with against his will (except for the romance part). Gardner showcases Bujold’s humor and creates charming, scared, or annoyed characters, by turn. He places a slight tension in his voice for action sequences. This is a fun, complicated caper, performed in a seemingly effortless manner by a total pro. G.D. Winner of AudioFile Earphones Award, 2014 Audies Finalist © AudioFile 2014, Portland, Maine [Published: FEBRUARY 2014]