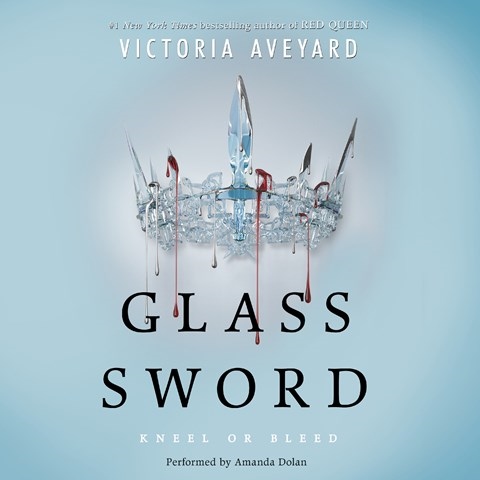 Mare and Cal are working with the Scarlet Guard to find powerful "new bloods" before the vengeful Maven can destroy them all. As Mare's confidence in her ability to fight Maven and his army wanes, Amanda Dolan's narration becomes more subdued, matching Mare's strained emotions but also losing the forcefulness that carried the narration of the earlier work, THE RED QUEEN. Though Mare gathers many new bloods to help bring down their tyrannical king, few of the secondary characters are given distinctive tones. Those who loved the first audiobook will stick with the second for the story, but its narration is unlikely to draw in a new audience. J.M. © AudioFile 2016, Portland, Maine [Published: JUNE 2016]