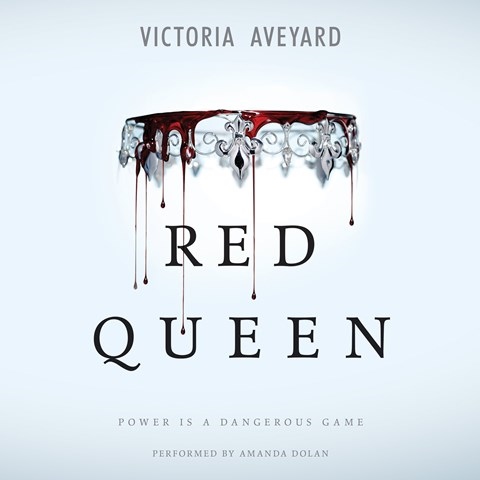 In Aveyard’s debut, Mare Barrow refuses to accept the prospect of dying young in a war in which only her people, the lesser Reds, are conscripted. Narrator Amanda Dolan uses strong, modulated tones to convey Mare’s long-held disdain of the Silvers, who use their powers to subjugate the Reds. When Mare’s life is threatened, she’s thrust into into several deadly plots and deceptions. Dolan narrates significant secondary characters with varied inflections, leading listeners to specific conclusions—until a shocking betrayal leaves Mare confronting the unknown. Listeners will breathlessly anticipate a sequel. J.M. © AudioFile 2015, Portland, Maine [Published: MARCH 2015]