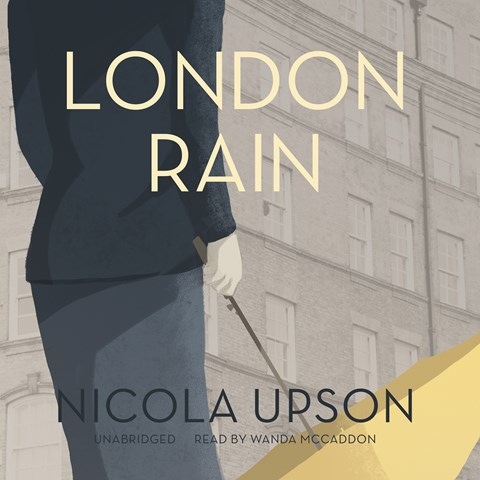 Narrator Wanda McCaddon switches effortlessly among Scottish, English, and Welsh accents, expertly coloring the intriguing subplots in Upson's sixth historical crime novel featuring a fictionalized version of mystery author Josephine Tey. It's 1937, and London is at a fever pitch of excitement over the coronation of King George VI. In the midst of the hysteria, a star BBC radio announcer is murdered. Josephine, who knows some of the people involved, is drawn into the case, while also trying to resolve her own personal love triangle. McCaddon's range of expression and pace greatly enrich the well-drawn novel, which is as much historical fiction as mystery. Her clear, crisp, and inviting narrative voice perfectly channels 1930s England, offering listeners a time warp that is hard to leave. A.C.S. © AudioFile 2016, Portland, Maine [Published: JUNE 2016]