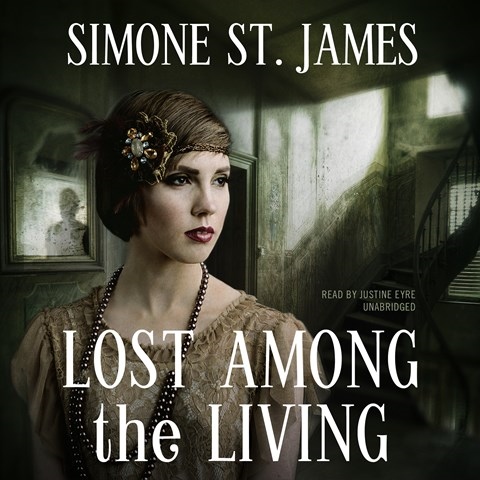 LOST AMONG THE LIVING

St. James's previous novels feature ghosts--and the people who encounter them. This latest work is less a ghost story than a family drama, and the somewhat uneven narration by Justine Eyre reinforces this trait. Jo Manders is working as a paid companion to Dottie Forsyth, her husband's aunt, after WWI. Alex disappeared in 1918 but was never formally declared dead, leaving Jo in a precarious position. When Jo and Dottie arrive at Wych Elm House, the family estate, questions about the death of Dottie's young daughter arise. Eyre is good at female characterizations that reflect a range of life experiences, but she continues to struggle with creating distinguishable male voices--a particular issue if male characters have conversations with each other. Recommended for fans of the author's previous works. K.M.P. © AudioFile 2016, Portland, Maine [Published: JUNE 2016]