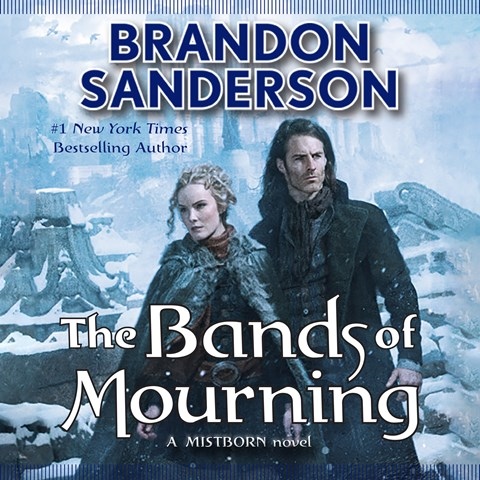 THE BANDS OF MOURNING Mistborn, Book 6

Narrator Michael Kramer is a knowledgeable guide to Sanderson's Mistborn series, After all, this production marks the sixth book in the series that Kramer has narrated. The versatile Kramer sounds comfortable as he inhabits metal lord Waxillium Ladrian, and his performance shines. Wax and company are chasing down the mythical Bands of Mourning, trying to find them before his villainous Uncle Edwarn does. There's a lot of backstory in this volume, but Kramer handles it so adeptly that even a novice can keep up. An added bonus is an appendix with an explanation of the metal arts and a chart rating various metals. It's something to sate listeners until the next time Sanderson and Kramer join forces. D.E.M. 2017 Audies Finalist © AudioFile 2017, Portland, Maine [Published: APRIL 2017]