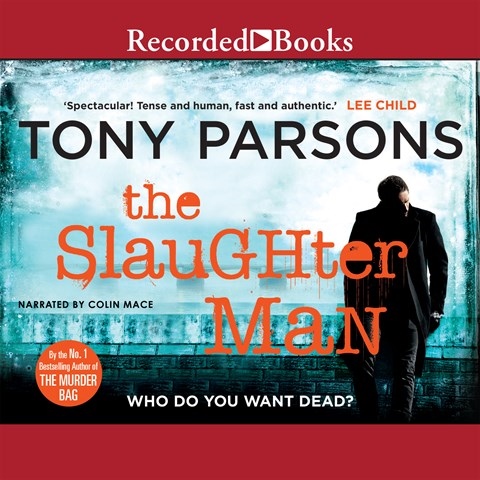 Colin Mace grippingly narrates this violent sequel to THE MURDER BAG. Detective Constable Max Wolfe can be as tough as a London cop needs to be. But Mace also captures another side of him--that of attentive, doting single dad to his precious daughter, Scout, who is also warmly rendered. On New Year's Day, the Wood family, who live in a gated community, are found brutally murdered, with youngest son Bradley missing. Mace is particularly adept at recounting police history when Wolfe goes to Scotland Yard's Black Museum to research past killers who may have committed the crime. In addition to his skill at depicting London's diverse neighborhoods and residents, Mace's portrayal of Mrs. Murphy, Scout's reliable nanny, adds a light touch to an engaging procedural. S.G.B. © AudioFile 2016, Portland, Maine [Published: APRIL 2016]