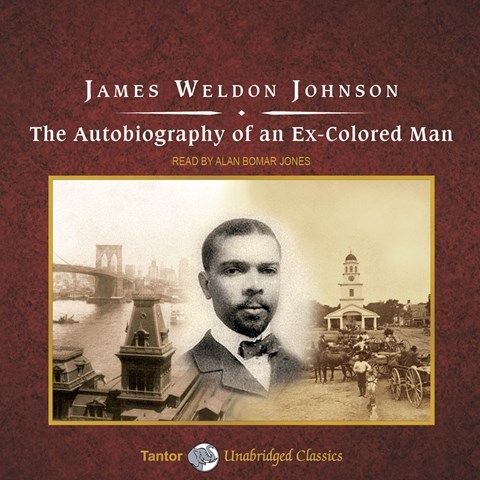 This 1912 novel is a fictional autobiography of an unnamed biracial man, with lessons and observations that are still fresh today. Alan Bomar Jones performs in a smooth voice. He adopts cultured, barely inflected tones for the narrative and the protagonist's dialogue, while using strong Southern and New York accents for the dialogue of other African-Americans. Jones's uninflected Spanish, French, and German phrases contrast sharply with Johnson's descriptions of the protagonist's near-native fluency. Full of sophisticated vocabulary, thoughtful ruminations, and detailed observations, the autobiography is replete with long discussions of race and discrimination as the hero travels throughout the South, New York, Boston, and Europe. Author James Weldon Johnson was a Harlem Renaissance writer as well as an educator, musician, and lawyer. M.B.K. © AudioFile 2016, Portland, Maine [Published: FEBRUARY 2016]