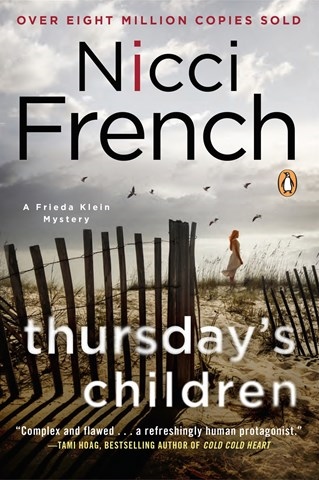 Continuing their day-of-the-week titles, the writing duo Nicci French takes psychotherapist Frieda Klein back to her small hometown to investigate a current rape case that may be tied to her own assault more than two decades earlier. Narrator Beth Chalmers infuses Frieda with a level of empathy that keeps the listener engaged even though the plot of the mystery drags significantly and the resolution is disappointing. Chalmers's depiction of Josef, who is Eastern European, is especially strong and consistent, and Frieda's niece, Chloe, sounds authentically cultured--even snobby. However, the Irish dialect Chalmers delivers for teacher Greg Hollisley falters. Nonetheless, Chalmers salvages this audiobook with her narration. J.F. © AudioFile 2016, Portland, Maine [Published: MARCH 2016]