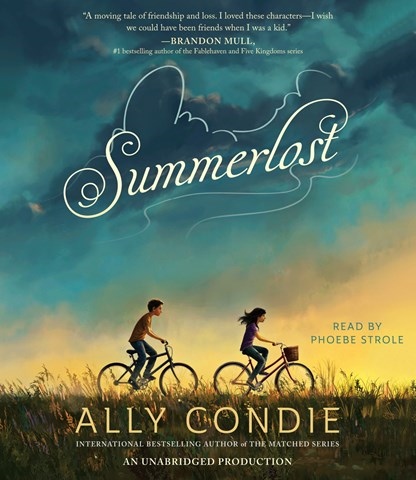 Narrator Phoebe Strole illuminates the depth of a girl’s grief in her performance of this story about a transformative summer. Twelve-year-old Cedar is honest about her ongoing sadness a year after her father and brother died in a car accident. Strole highlights the combination of cynicism and humor Cedar uses to earn approval and as a defense mechanism. As she leaves her family’s new summer home, her friend, Leo, helps her get a job at a local Shakespeare festival. Strole hits the right notes as Cedar slowly softens—opening herself to kindness and delving with almost breathless wonder into the mystery of an actress’s death years before. A.F. © AudioFile 2016, Portland, Maine [Published: APRIL 2016]