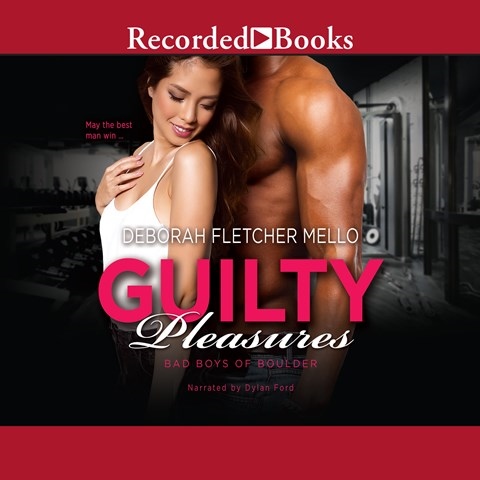 Narrator Dylan Ford brings listeners into the competitive world of professional sports training. Gym owner Alexander Barrett has an eye for his new employee, Sarai Montri, but reconsiders when he learns she has arrived from Thailand with his estranged twin brother, Zachary. Zachary has returned to Colorado to defend his mixed martial arts title. Ford's muscular voice is a good match for Alexander's combination of physicality and business acumen as well as his eventual pursuit of Sarai. In creating a voice for Sarai--a Thai woman who was educated in France--Ford adds a lilting intonation to suggest her French experience. Overall, Ford's characterizations give Mello's romance some realistic grounding. C.A. © AudioFile 2016, Portland, Maine [Published: DECEMBER 2016]