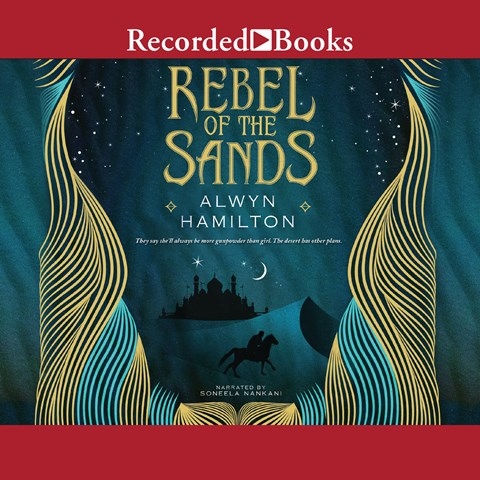 REBEL OF THE SANDS

Narrator Soneela Nankani blends sass, longing, grit, and tenderness to make Amani and her fantastical world believable. In a story that meshes the Wild West and the Arabian Nights, Nankani’s voice conveys the strength of a young woman who is bold enough to disguise herself as a boy and best her countrymen with sharpshooting skills. Nankani expresses Amani’s wit as she plots to escape her desert town, a lecherous uncle, and memories of her executed mother who raised her on stories of djinn and mythical beasts. Nankani also describes the charms of the dangerous stranger and the magnetic connection that leads Amani to a hidden place where she discovers her true power. Nankani shifts easily as she presents adventure, rebel confrontations, humor, romance, and a huge cast of realistic and magical characters. S.W. Winner of AudioFile Earphones Award © AudioFile 2016, Portland, Maine [Published: MARCH 2016]