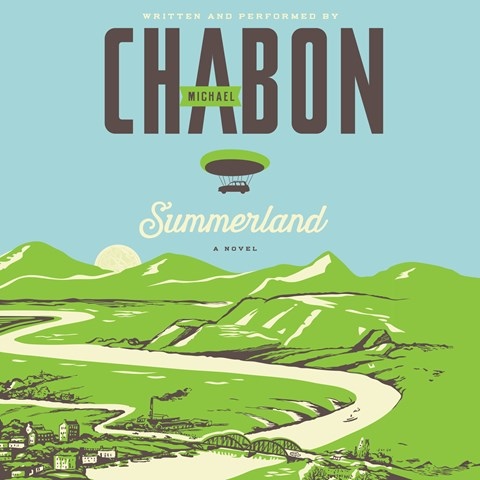 When he learns that he’s been chosen to save the world from Coyote, the Changer, 11-year-old Ethan Feld begins a mystical journey between dimensions. Werecreatures (half-human, half-animal), ferishers (fairies that don’t look or act like winged pixies), a sweet but smelly sasquatch, and some slow-witted giants who can’t resist a wager are only some of the delightful denizens who populate Michael Chabon’s first foray into children’s literature. Chabon performs with the finesse of an accomplished actor, adding the energy and enthusiasm that come of knowing everything about his characters. As he blends the idea of interchangeability between humans and animals found in American Indian, African-American, and European folklore with baseball and contemporary life, Chabon hits a grand slam with this spirited, unsentimental mythology for our time. S.J.H. 2003 Audie Award Finalist © AudioFile 2002, Portland, Maine [Published: OCT/ NOV 02]