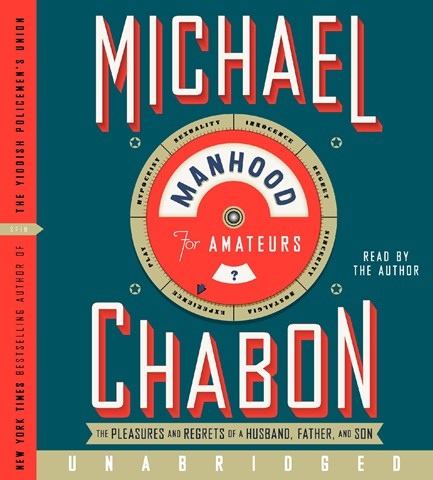 MANHOOD FOR AMATEURS The Pleasures and Regrets of a Husband, Father, and Son

Whether reflecting on his role as son, brother, husband, or father, Chabon's delightful essays are provocative and insightful. This wide-ranging collection touches on everything from becoming a father to losing a father-in-law (through divorce); from musings on a quirky childhood to a discussion of what society considers to be a "good father" today. He also describes his quandary over what to do with his four children's prolific artwork. (Note: If one disposes of it, it’s important to stuff it DEEP, so it isn't discovered.) By turns poignant and witty, Chabon is a comfortable, inviting reader. His relaxed and conversational style is shot through with occasional fervent moments. He's unhurried yet precise in his pacing and phrasing, and most of all likably, often ruefully, humorous. J.C.G. Winner of AudioFile Earphones Award, 2010 Audies Finalist © AudioFile 2009, Portland, Maine [Published: NOVEMBER 2009]