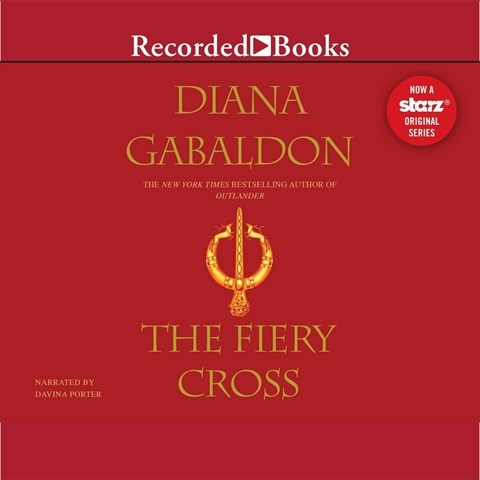 Seasoned time-traveler Claire Randall Fraser has decided to remain in eighteenth-century North Carolina with her Scottish husband, James, and their daughter and grandchildren. Knowing how the American Revolution turns out can't prevent the difficulties and violence associated with colonial life. Davina Porter carries the story with a vibrancy and consistency that keep the listener riveted throughout all 40 tapes. Her Scottish and British dialects distinguish the characters so thoroughly as to make them instantly identifiable, even before the speakers are named. Jamie Fraser's rough but lilting Scots accent contrasts nicely with that of his refined British wife. Their daughter, Briana, carries no American dialect; neither does she suffer from a poor imitation thereof. Even the babies convincingly whine, cajole, and play. Porter's narrative passages tie these delightful characters together elegantly. R.P.L. © AudioFile 2002, Portland, Maine [Published: OCT/ NOV 02]