Home»Reviews»AN ECHO IN THE BONE 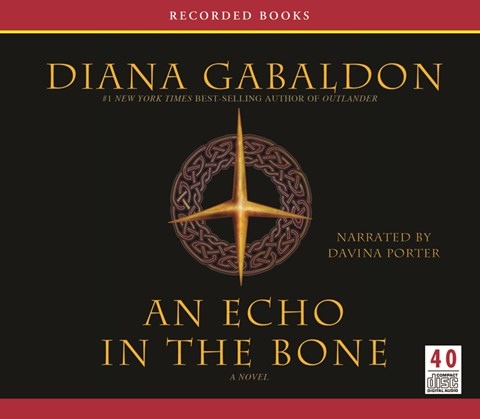 AN ECHO IN THE BONE

The seventh volume in Gabaldon’s bestselling Outlander saga, this lengthy novel finds twentieth-century time trekker Claire Fraser in the American Colonies during the revolution with her eighteenth-century Scots husband, Jamie. Davina Porter's virtuoso narration clarifies the leaps between the three major story lines: the Frasers in the Colonies, their daughter and her husband in 1980s Scotland, and Lord John Grey and his British family in Claire and Jamie's time. Thanks to Porter's superb voicings, especially of sharp-witted Claire and brawny Jamie, the listener follows the potentially bewildering episode changes. Porter excels in voicing their son-in-law's raspy attempts to sing with a throat injury, due to an unsuccessful hanging, and improves a few beleaguered narrative sections with snappy pacing. While this isn’t the best of the series, it’s still delightful. N.M.C. © AudioFile 2009, Portland, Maine [Published: DECEMBER 2009]