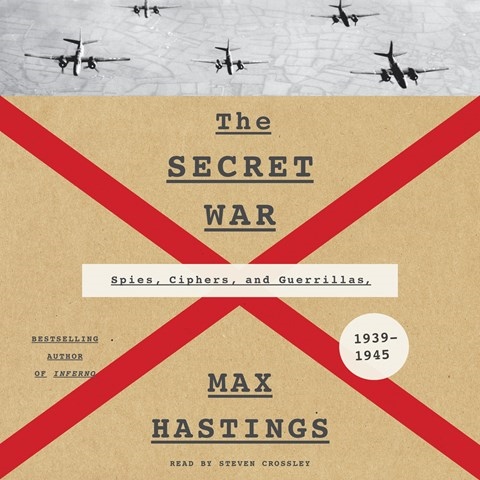 The story of WWII's spies, codes, and various resistance/guerilla movements has probably never been given such a broad treatment as it has in this audiobook. Narrator Steven Crossley's British accent gives his narration a winsome and academic-sounding quality. Looking at all of the belligerents, Hastings shows the successes and failures of the British, Americans, Soviets, Germans, Japanese, and a number of other lesser powers. Everybody was spying on everybody, but the Soviets seemed to have the most clear-eyed view of their goals for the war and after, although they had their own share of failures, too. The production is long and will take a lot of stamina from the listener but will be worth it for those who persevere. That Crossley was able to make it to the end of this with such consistency and strength of voice is a feat in itself. M.T.F. © AudioFile 2016, Portland, Maine [Published: AUGUST 2016]