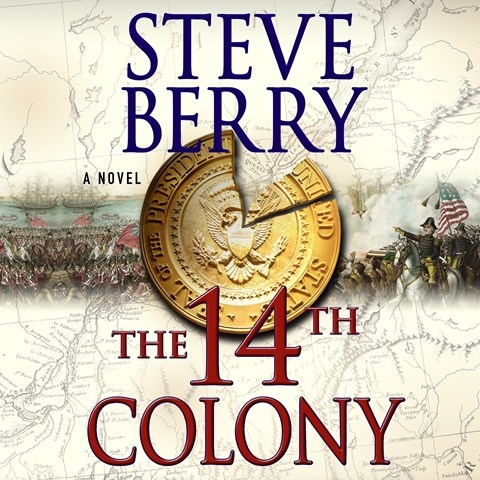 Scott Brick is the perfect narrator for Cotton Malone's adventures. Although he's retired and running a bookstore in Scandinavia, ex-CIA agent Malone is called upon to help foil a Russian plot to destroy America. Brick's gravelly voice and intense tone pull listeners into this thriller as Cotton Malone, Cassiopeia, and Stephanie race to identify Soviet sleepers and uncover the significance of the 14th colony, all before Inauguration Day in the U.S. The action ranges from Siberia to France, from Canada to Virginia, and involves the CIA, ex-KGB operatives, and the Society of the Cincinnati. Brick's performance will delight Berry fans as they indulge in Malone's eleventh espionage mission, replete with history and heart-pounding action. M.B.K. © AudioFile 2016, Portland, Maine [Published: JUNE 2016]