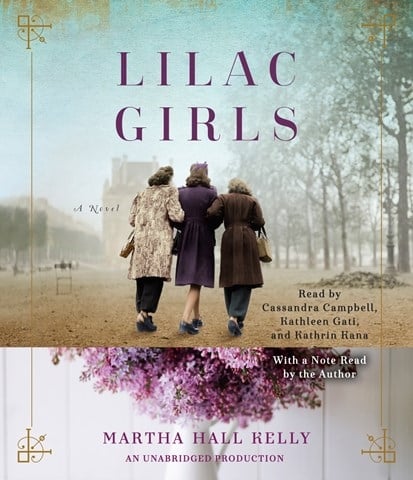 Three narrators bring to life historical figures connected to Ravensbruk concentration camp. Their superb accents and emotional shifts track the characters’ changes over two decades. Cassandra Campbell narrates the part of socialite Caroline Faraday, who approaches charity work with a cocksure, stony attitude that changes to dedicated compassion for those who have suffered. Herta Oberheuser, portrayed by Kathrin Kana, begins as an ambitious young medical student slighted by gender and class discrimination. She grows colder and callous as a German doctor at Ravensbruk. Kathleen Gati recounts the heartbreaking narrative of 15-year-old Polish teen Kasia Kuzmerick. Her horror at the brutalities around her deepens when she becomes one of the “Rabbits” chosen for experimentation. Postwar-Kasia is presented with that bitterness and rage result from her experiences until a significant event finally brings her peace. S.W. © AudioFile 2017, Portland, Maine [Published: JANUARY 2017]