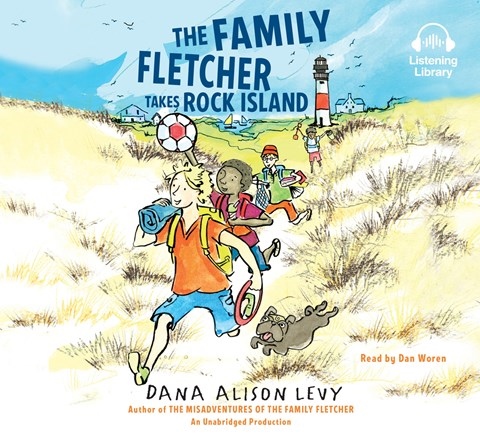 There’s a classic old-fashioned feeling in Dan Woren’s second narration of the Fletcher Family series. His calm tone contrasts with the energetic roles he embraces while portraying the lively personalities of the four adopted Fletcher brothers. The boys are diverse in color, personality, and problems as they summer at the family cottage on Rock Island. Woren replicates Frog’s funny over-the-top reactions; fearful Eli’s sensitivity, especially as a victim of racism; Sam’s enthusiasm for community theater; and Jax’s friendship with new Latino neighbors. Woren maintains consistent characterizations throughout the boys’ individual adventures as well as their shared plan to save the lighthouse they love. Humor, warmth, and enthusiasm abound in Woren’s performance, as they do in the family. S.W. © AudioFile 2016, Portland, Maine [Published: MAY 2016]