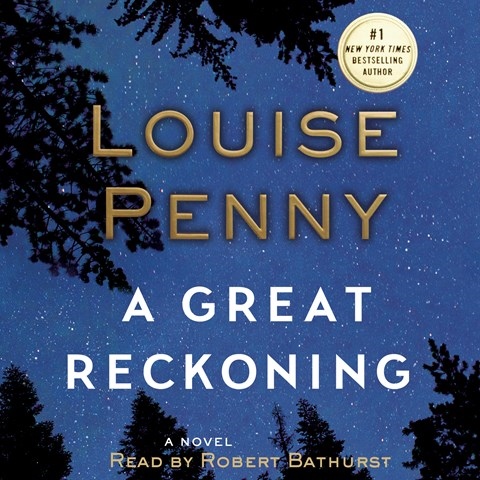 Robert Bathurst puts his own indelible stamp on Chief Inspector Armand Gamache in Louise Penny’s twelfth Three Pines puzzle. His Gamache is a bit brusque, but Bathurst also allows his softer, gentler side to show. Gamache comes out of retirement to become Commander of the Sûreté Academy du Québec. The future of the Sûreté depends on Gamache’s ability to clean out the corruption. Bathurst engages us completely when a mysterious map is found, a diabolical professor is murdered, and long-term abuses are revealed. He makes us feel Gamache’s genuine concern for four cadets who may be in danger. His delivery of Ruth, the resident poet-curmudgeon, is priceless. If you haven’t listened to this series, start at once. You’ll love your stay in Three Pines. S.J.H. Winner of AudioFile Earphones Award © AudioFile 2016, Portland, Maine [Published: AUGUST 2016]