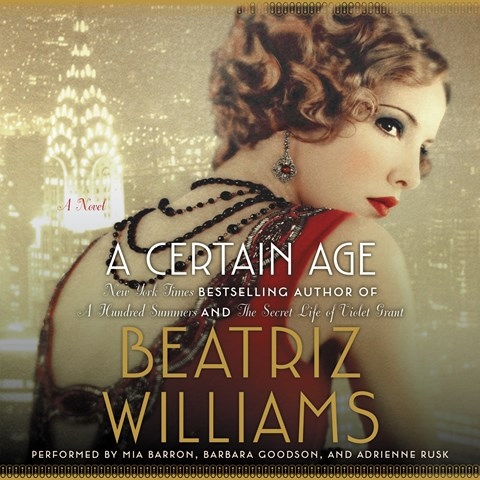 Beatriz Williams returns to the fertile ground of early-twentieth- century New York high society. There are two main characters from whose points of view the story is told, Theresa and Sophie, whose sections are narrated by Mia Barron and Adrienne Rusk. In Barron's exceptional narration, she delivers the exact right attitude for Theresa, both brash and somewhat vulnerable. In contrast, Rusk's portrayal of Sophie is, by and large, so dry and emotionless that it significantly slows the book down or discourages listening altogether. Narrator Barbara Goodson also has a small but well-done part as a gossip columnist who serves to move the story forward. J.L.K. © AudioFile 2016, Portland, Maine [Published: AUGUST 2016]