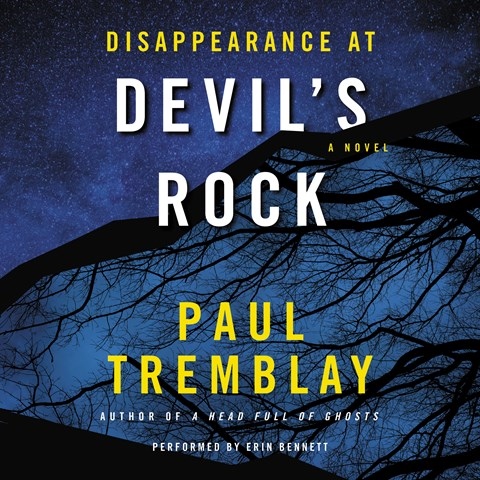 Thirteen-year-old Tommy Sanderson has disappeared in Borderland State Park near his home, and state and local police immediately begin searching for him. His two friends, Luis and Josh, are not much help. Erin Bennett narrates this spooky, partly supernatural story, which is told in the present tense with flashbacks. She portrays Elizabeth, Tommy's mother, and his sister, Kate, with empathy and controlled emotion. The steadiness of her narration moves the listener through their pain, guilt, and misery, adding a new dimension to the relationships in the story. Bennett seamlessly transitions between characters and effortlessly distinguishes their genders and ages. The psychological suspense of this eerie story and its ambiguity are powerfully enhanced by Bennett's reading. S.C.A. © AudioFile 2016, Portland, Maine [Published: SEPTEMBER 2016]