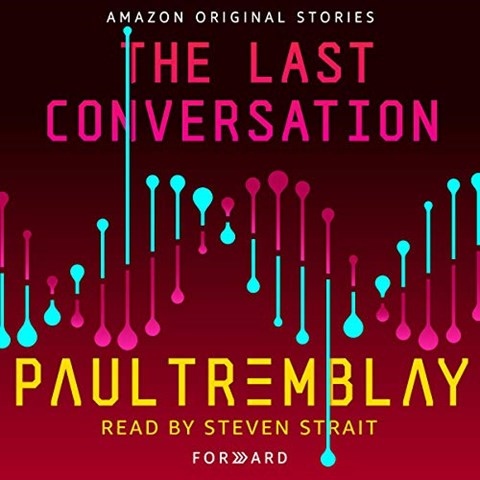 This audiobook presents a chilling near-future scenario in which the very nature of human consciousness is questioned. Steven Strait's dreamlike and at times mournful voice fully captures the protagonist's disorientation, sadness, and increasingly desperate need for answers. A man wakes up in a dark room with no memory of how he got there or who he is. His only company is a disconnected voice coming from another room--that of a woman called Dr. Kuhn. Over time, Dr. Kuhn helps the man regain his physical strength and his memories. The man's life before his time in the mysterious facility begins to take shape, but something is clearly not right. The final reveal isn't a huge surprise, but it still resonates deeply, thanks to Strait's emotional narration. A.T.N. © AudioFile 2019, Portland, Maine [Published: NOVEMBER 2019]